I am looking particularly for ways to mount the solenoids on drums (drum set pieces like snare, hi hat but also things like bongos, cajon, conga’s etc.) semi-permanently. I like the idea of the microphone stand mounts, but I’d rather have them attached to the drum (and not use up all my mic stands). I have been looking and drum-mount mic holders, but those seem like they would mostly only allow you to hit the edge of the drum, so maybe in conjunction with a telescoping boom like this?

In any case, I’d love to hear about your adventures with mounting these things (on anything really). Pictures would be great too. I will also post again here with things I try and how they worked.

First attempt. It all feels a bit jury rigged - work in progress. If anyone is interested in what pieces I used, I can post Amazon links.

Hi captainjc, thanks for the update.

I’ve mostly used the mic stand adapters but also have strapped some solenoids to a pair of free weights. I found that stability and mass were key to retaining the punch of the motor. The polyend perc has this counter-weight element engineered into their product.

Is that a binder clip holding one of yours? Kinda hard to see your full mounting strategy in that video. Here’s a drum setup I did a while back if you’re interested:

Yeah, you’re right it doesn’t show it very clearly. I will take some better pics. The binder clip was a last minute “let’s see if I can add one more with what I have laying around” moment.

It actually held it pretty well, if it was a little difficult to clip on. There was some added rattle though because I just hung it from the gooseneck mic extension. There are also 2 of them attached to a stereo mic bar at the end of the gooseneck. I tried the mic clips because I hadn’t glued the mic stand adapters yet and I figured I would need more than three of them anyway. They worked okay as well, though they might have introduced a little rattle too. Hard to tell, but the solenoids make enough noise that it doesn’t really matter.

Lastly, I jury-rigged one underneath with a smattering of clips and mic attachments. That one may have actually been the most solid.

Good tip about the extra weight. The gooseneck is probably the weak link in that respect as it gives a lot with each hit. I think I need to figure out something that will really hold it solidly in place while it hits the drum.

I did see your video a while back actually. Pretty awesome. Definitely the best thing I found.

I wonder if one of them could be used to open/close the hi hat. That would be pretty cool.

yeah even with the mic stands i try to position the motor direction as vertically downward as possible so the kick back would have to lift the full weight of the stand… 90 degrees were often no bueno.

A hi hat LFO type heavy rubber roller that rolled up and down the foot pedal according to some parameter… that would be great.

Good to know. I know that the metal bit on the solenoid doesn’t move that far, but I was wondering if it could just press the pedal down a bit - maybe just enough to get a halfway open sound out of the hi hat? Perhaps wishful thinking, though even a slight change in sound would be nice for variation.

I feel like the solenoids included with the Automat are not strong enough to tighten or open a hi hat pedal, but give it a try!
I wonder if some cylindrical gear contraption would offer more hi-hat musicality…

Entirely possible. The bulk of my drum set is in storage, but I plan to bring the hi hat home as soon as I can and try some things. If not, I wonder if it could be somehow mounted inside the cymbals, to push it up, or push something out between them, to sort of “pry” them open or something. Thinking out loud… 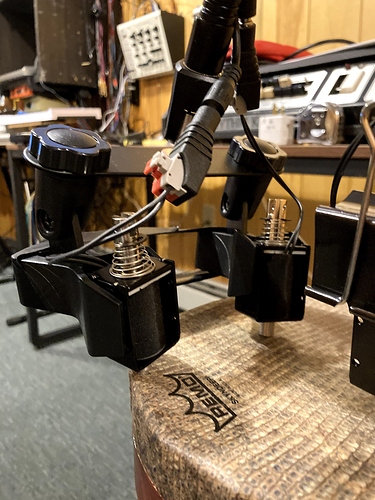 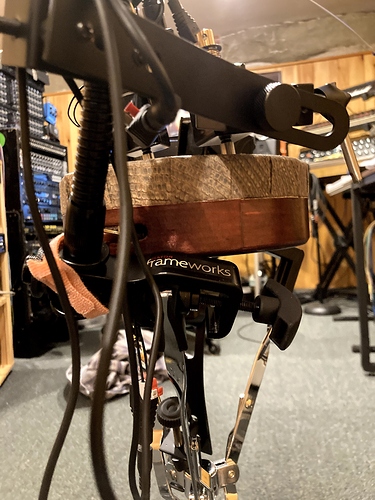 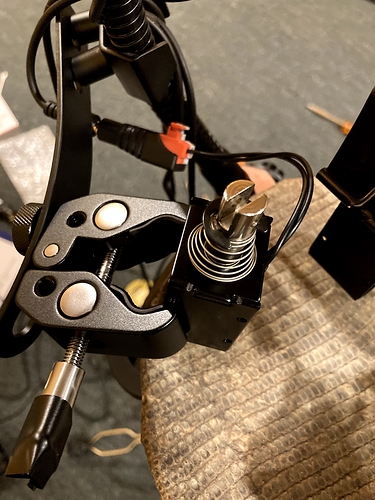 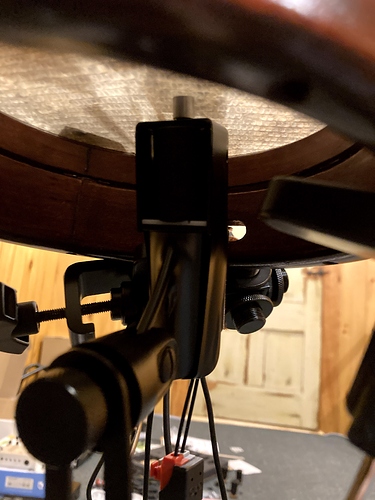